Because I’d rather wait.

To the guy who doesn’t know what he’s doing in life.  There’s a plan.
To the man who doesn’t have faith in humanity.  There’s hope.
To the girl who is afraid of commitment.  There’s time.
To the single woman searching for her husband.  Stop looking. Start praying.

Found this a few years ago and thought it was beautiful. I haven’t been able to forget about it. It was a response to a letter from “Miss Right” asking the question, “where is mr. right?” (to read the full original letter, click here).  Read it. It’s worth it.

I could ask you the same question. None of us were created to be alone, we thrive off of love and relationship, so I think it’d be mutually beneficial for us to find each other quickly. The truth is, and this is where most guys won’t admit it, I need you as much as you need me. I’ve tried to be one of those super macho guys, but in all honesty, in my heart, nothing could be more satisfying than to be your sensitive and loving provider, your husband. My plans and ideas are everywhere. I ask God daily for direction and confirmation. God’s the only one with the big picture, because I’m as lost as you are. I know that there are wonderful things out there for us to discover together, God will reveal them to each of us in time. There IS a reason we’re still not together. Logically it’s because we haven’t met… or if we have, we haven’t gotten to know each other. You’re not the only one without a line of ducks, I think some of mine might actually be geese, in which case, I have to be rid of them and find the ducks to fill their spots.

I agree with you wholeheartedly about the right woman and the wrong time being the wrong woman. The same can be said for guys. And truthfully, God’s been dealing with me on issues that would only bring our relationship down. I struggle with the idea of being forgiven without cause, and I need to learn to be more accepting of grace. Until I am, please don’t give up on me. Truthfully, the reason we’re not together is that I’ve asked God to hold off on our introduction until I’m ready to be the man you deserve. I have some of the same fears. Trust me, nothing’s scarier for a guy than to think that he’ll be the emotional head over heels in love one, while you look on in disdain. I want to get lightheaded when you walk into a room, and I want you to melt at my smile. Don’t be afraid, you can never ask too much of God. Nothing is beyond His capacity. The very reason you feel like I should be these things for you, is because God has created a desire in you specifically for me and only me, who will be these things, and you won’t be happy with any other guy.

And believe me, I’m far from perfect. My heart aches at the very thought of you getting me. I’m the undeserving one. It’s not fair that someone with a past like mine gets coupled with the woman of his dreams. But the beauty of grace, is that it makes life not fair. I AM looking for you, and I’m waiting for God to deem the time right for us to meet. The fact that I know you’re out there doing the same, only strengthens me further. I hate to disappoint you, but I’m very much into movies and TV… Luckily, to have an interest in something does not necessarily mean to believe it. Love is not a feeling or emotion that coincides with “Happily Ever After”, it’s a choice. And I’ve decided to love you unconditionally into eternity.

Admittedly, a good appearance is nice, but appearances can be deceiving. Don’t worry about it; be yourself. My eyes were made with you in mind, so I’d say you have an advantage over other women. And besides, if you make yourself look too good, you’ll run the risk of attracting more than just me… I don’t want to have to fend the hounds off my woman! Your imperfections are what make you you, and I can put you just as easily on my screensaver or wall, as any of those other women. And the best part is, then I’ll have the real thing right by my side to keep me warm. Good luck with the cover snatching, you’ll need it. (lol) While there are a lot of pretty women out there, there’s only one for me. I would never settle for someone I could live with, and you shouldn’t either. Where’s the fun in that? I’m the one you could never imagine life without.

I’m the guy you might notice at first, but only in that, vague sort of way, but if you got to know me, you’d find a soul that yearns after God, and that’s what will help you understand the plan God has laid out for the both of us. If I only saw beauty from the world’s perspective, I’d be a rather lonely individual, wouldn’t I? There is none more beautiful than a beautiful soul. I can’t wait to be captivated by yours. I’d take on all the pain the world could throw at you, and you’d be the heaven that helped me bare it. I’ll be the first to admit, I struggle with taking a passive role. It’s hard to be a leader with no one to lead. Your point is valid, however, I find it ironic that you were the one to initiate this conversation, to which I am responding. I have difficulty knowing who to pursue, I guess my biggest fear is accidentally getting in too deep with someone that’s not you. I have been hurt and rejected, and mostly because I’ve pursued… In fact, most of the stupid things I’ve done have come from “the hunt.” Maybe I should learn to do less shooting and more tracking. I can’t just fire into the crowds and hope for a hit. God has directed me on how to set my sights to find you. And you’ll be my trophy wife. (lol, couldn’t help myself with that one.) I’ll have you know, if you think I’d get married for the sake of getting married, maybe it’s you that’s looking in the wrong places. Marriage is a commitment for life, and that’s a commitment I’d be miserable to make to anyone but you. That and I want my rib back. I’ll tell you what, my rib for the covers, sound like a deal? There is no one I’d rather build my life with.

We’ll have our pitfalls, but we’ll also have our mountain tops, and there’s no one I’d rather share my adventure with because I know that there’s no way I can grow to be the man God wants me to be without you by my side.

I’m getting kinda tired myself. It’s 58 days after New Year’s Eve, and I kissed no one… I was actually oblivious to the clock altogether as I was watching Monty Python’s Flying Circus (but that’s another story). Believe me, I’d rather have been in your arms. I wasn’t truly alone, but I was as good as. I’m one of the ones that feels lonely in a crowd, because I just don’t fit in. I’m not of this world, and that’s how you’ll be able to pick me out. I can’t wait till I can hold you as we usher in our first New Year together. It’ll be my happiest moment… until the next time you smile.

Good night to you, my love! God’s time is His own, but I pray daily that He take into consideration our time not spent together is time lost. I’ll search for you until I die, but I trust God to make sure it doesn’t take that long. Don’t settle for Mister Sorta Charming, because trust me, when you meet me, he’s going to look like the frog. I know not what form you’ll take, but I know you’ll be the woman God’s formed for and from me. I know you will have honesty, faith, tenderness, and a pure heart: each a beauty in and of its own. Even one of these is worth waiting an eternity for. I’ve loved you as long as you have me, and for the same reason. Don’t give up waiting for me, I’m searching for you. When we do finally meet, you can be sure God will have orchestrated it to bring out the both in best of us and to glorify Him in the greatest means possible. God’s been moving in both of our lives, and He’s been moving us together. It’s only a matter of time before that finally happens.

And here’s a little graphic I made for kicks. 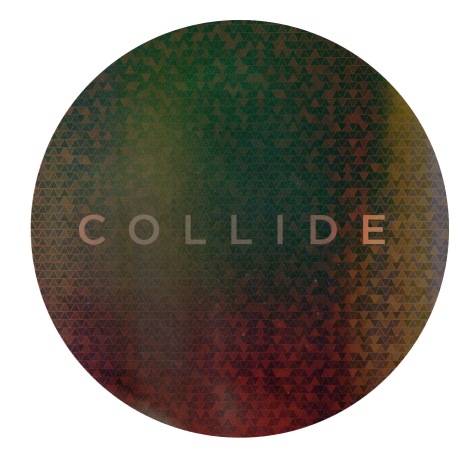